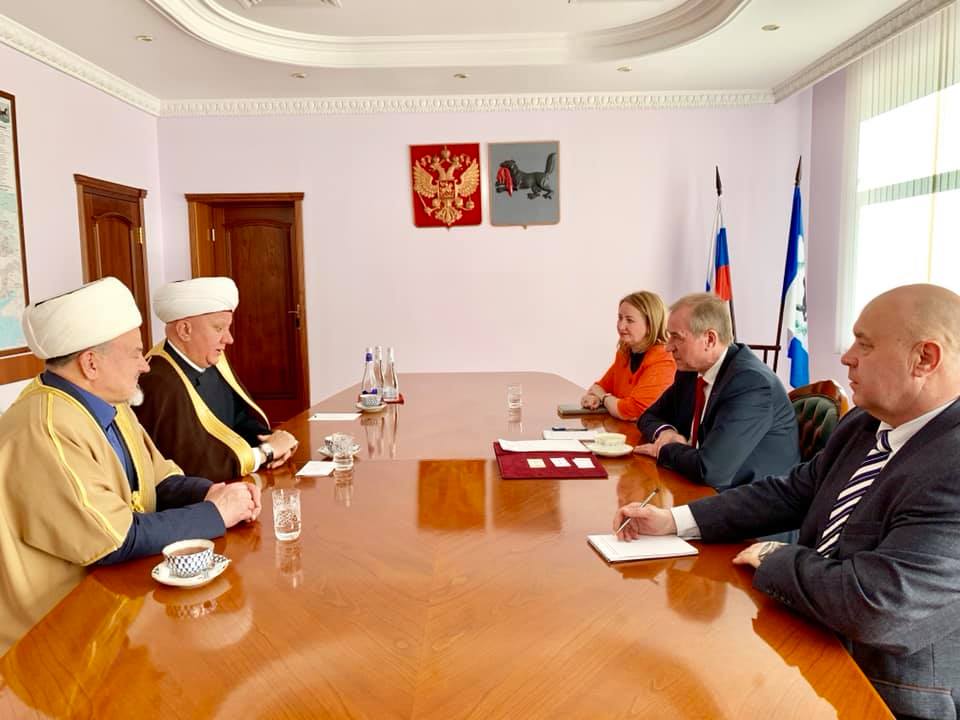 Upon completion of the interregional conference with international participation in Tomsk, at the invitation of mufti Farit-Hazrat Mingaleev, the Head of Centralized Religious Organization of Muslims “Baikal muftiat”, the delegation of the Spiritual Assembly of Muslims of Russia headed by mufti Albir-khazrat Krganov delegation arrived in Irkutsk to attend the Interregional Conference “The spiritual heritage of Islam as a factor in strengthening peace and the development of interfaith relations.”

During the visit, a work meeting took place between the head of the SAMR, a member of the Public Chamber of the Russian Federation, mufti Albir-Khazrat Krganov and the Governor of the Irkutsk Oblast Sergey Levchenko.

Sergey Levchenko talked on the importance and major role of interethnic and interreligious relations in the region. The parties also discussed the issues of strengthening state-confessional relations in the region and cooperation in the prevention of pseudo-religious ideas. An important consideration in the conversation was paid to the spiritual and moral education and the integration of migrants in the region, as well as the development of religious Islamic education. The Governor listened attentively and supported the SAMR initiatives in this vein.