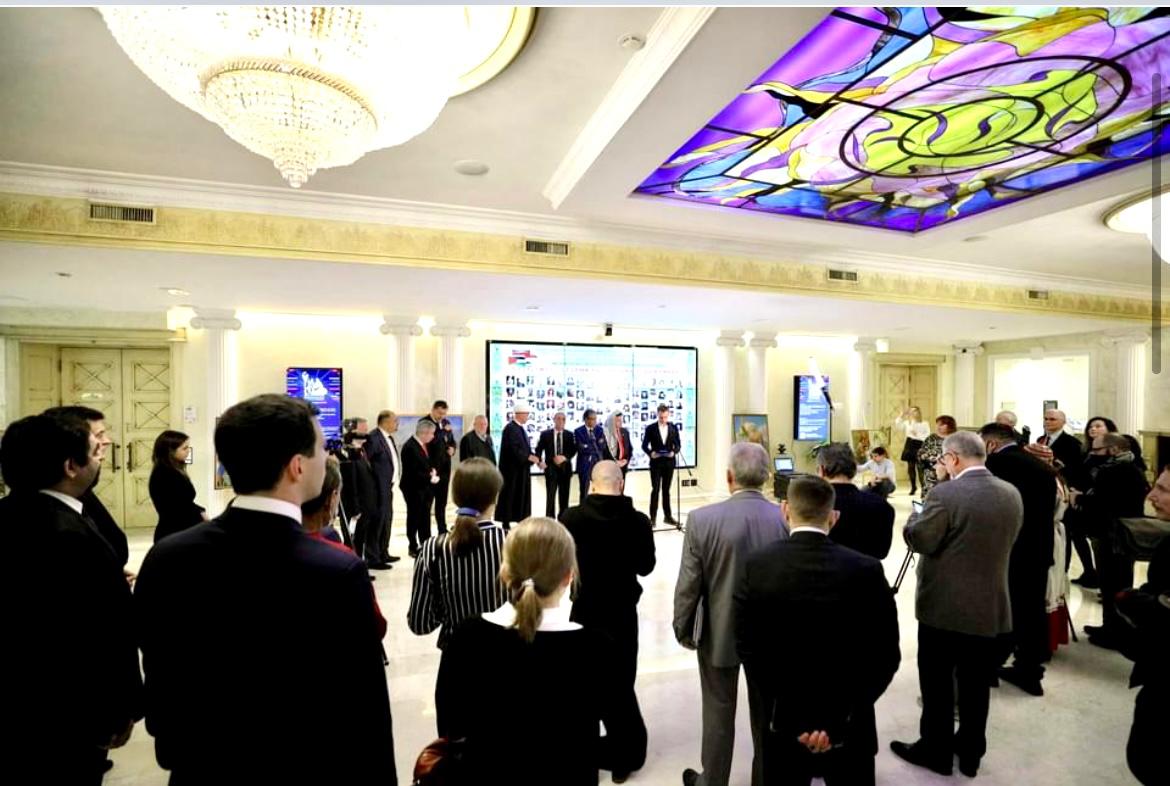 International art exhibition "Palestine through the eyes of Russian artists” was opened on November 26 in the Civic Chamber of the Russian Federation. The organizers noted that this particular exhibition was the first event of its kind that took place in Moscow.

The organizers of the exhibition were the Commission of the Civic Chamber of the Russian Federation on the Harmonization of Interethnic and Interfaith relations, the Spiritual Assembly of Muslims of Russia and the regional public organization of the Chuvash Republic “Society of Friendship and Cooperation between the Peoples of Chuvashia and Palestine”. The exhibition was held with the support and assistance of the Embassy of the State of Palestine to the Russian Federation.

This event was attended by members of the Civic Chamber of the Russian Federation, Russian and foreign diplomats, public figures, as well as representatives of the Ministry of Foreign Affairs, the Ministry of Culture, the Imperial Orthodox Palestinian Society and other public organizations and departments.

The event was held in a friendly and official atmosphere. In his speech, Mufty Albir Hazrat drew the guests' attention to the fact that Palestine and Russia have been linked by traditionally friendly relations throughout the centuries. We see that over the past few years, these relations have continued to develop and strengthen in many areas. The head of the SAMR also added that "the main message of this exhibition is to demonstrate the desire to establish peace, justice and interfaith harmony in the modern world, since human brotherhood, solidarity and dialogue are the main postulates for achieving harmonization in the field of interreligious and intercultural relations." According to Albir Hazrat, it is deeply symbolic that the event takes place during the visit of President Mahmoud Abbas to Russia and his meeting with President Vladimir Putin.

The exhibition " Palestine through the eyes of Russian artists " has already collected the works of more than 250 artists working in different genres. Every stroke and smallest detail convey the atmosphere of the Palestinian land, acquaint the viewer with the Palestinian culture and difficult history. Abdel Hafiz Nofal, Ambassador Extraordinary and Plenipotentiary of the State of Palestine to the Russian Federation, in his speech expressed gratitude to the Civic Chamber of the Russian Federation and the Spiritual Assembly of Muslims of Russia for organizing and implementing this important cultural and educational project.