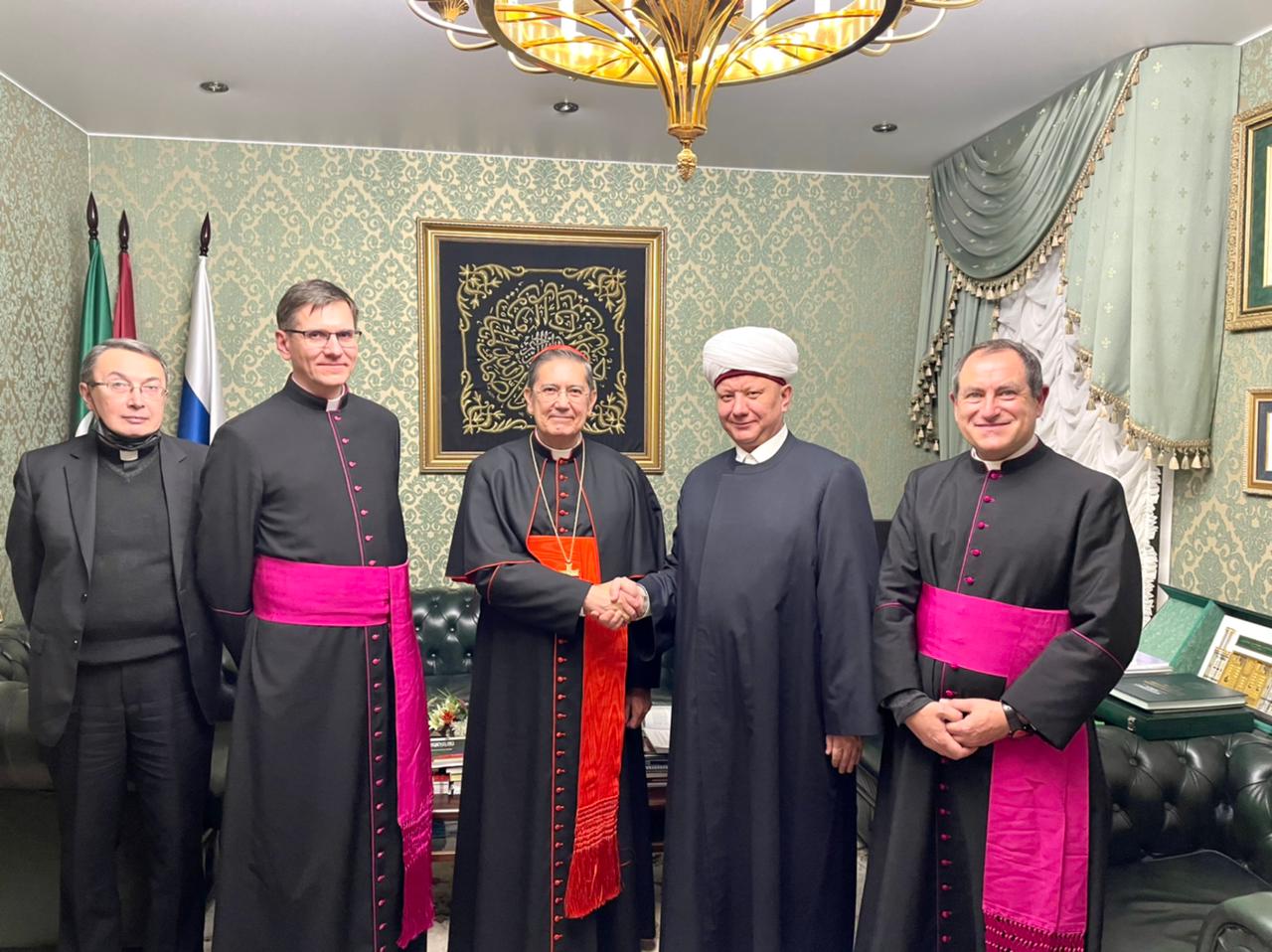 November 25, 2021
The head of the Spiritual Assembly of Muslims of Russia, Mufti Albir Hazrat Krganov, met with His Eminence Cardinal Miguel Ángel Ayuso Guixot,  President of the Pontifical Council for Interreligious Dialogue.

The meeting took place in a warm and friendly atmosphere, where the two sides discussed the issues of interaction between the Christian and Muslim communities in the modern world. His Eminence Cardinal stressed that all world religions need to work together to preserve the peace and prosperity of humankind. According to His Eminence Cardinal , brotherhood, solidarity and interfaith dialogue are the main tenets for achieving harmonization in the field of interreligious relations..

Mufti Albir Hazrat pointed out that high Islamic values call for mutual respect. He also praised the social projects that are currently being implemented by the Holy See.

The two parties also discussed prospects for bilateral cooperation. Albir Hazrat informed the guests about the experience of interreligious dialogue in Russia, his work in the Civic Chamber of the Russian Federation and upcoming celebration of the 1100th anniversary of the adoption of Islam in Volga Bulgaria.

In turn, His Eminence Cardinal highly appreciated the activities of the SAMR and expressed his interest in joint cooperation in several areas, including work within the framework of international organizations.
At the end of the meeting, both parties exchanged symbolic gifts.