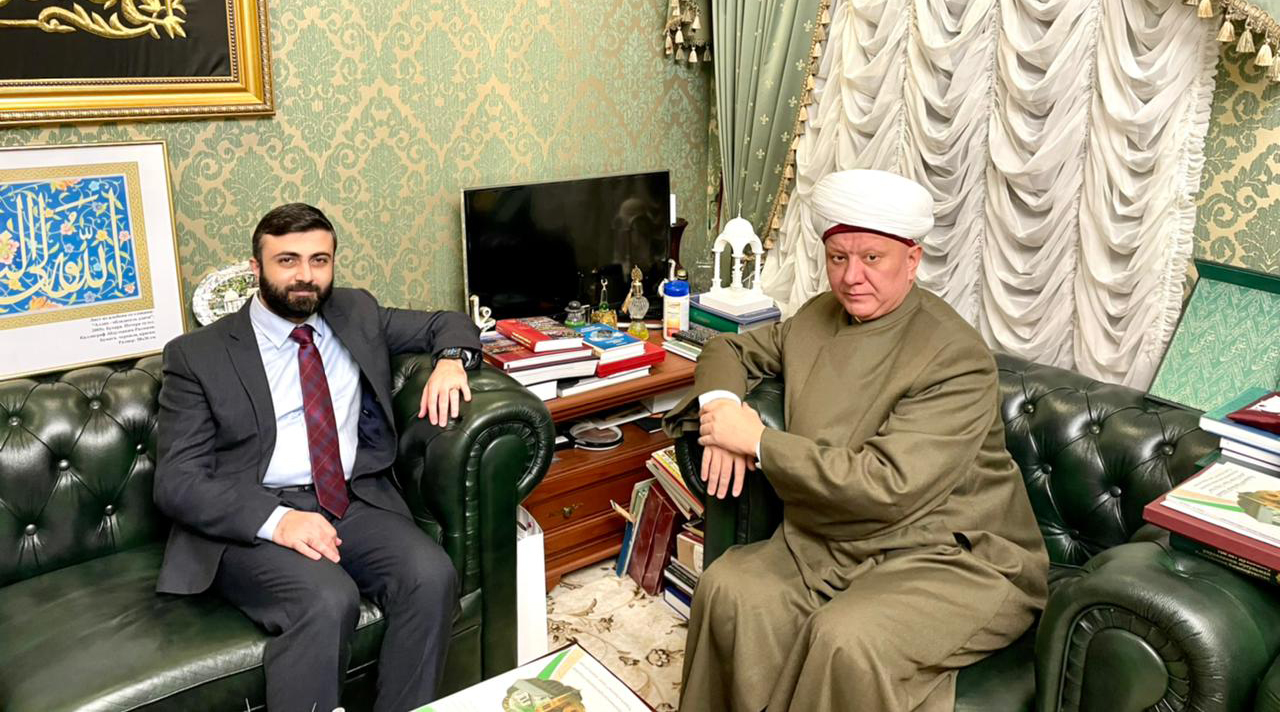 October 27, 2021
The head of the Spiritual Assembly of Muslims of Russia, Mufti Albir Hazrat Krganov, met with the Head of the Youth Religious Department in the Syrian Ministry of Endowments, Sheikh Abdullah Al-Sayed, on October, 27.
The meeting took place in a warm and friendly atmosphere, where the two sides discussed the geopolitical situation in Syria now, the epidemiological situation in the Middle East, in addition to the issues in the field of education and enlightenment of young people and prospects for bilateral cooperation.
Albir Hazrat informed his guest about activities carried out by the regional divisions of the Spiritual Assembly of Muslims of Russia and the implementation of new youth projects.
At the end of the meeting, Sheikh Abdullah presented the book on the dialogue between Islam and Christianity, entitled "Islamic-Christian Relations." Passion and Brotherhood "Syria is a Model for the World", which was recently issued by the Syrian Ministry of Endowments.