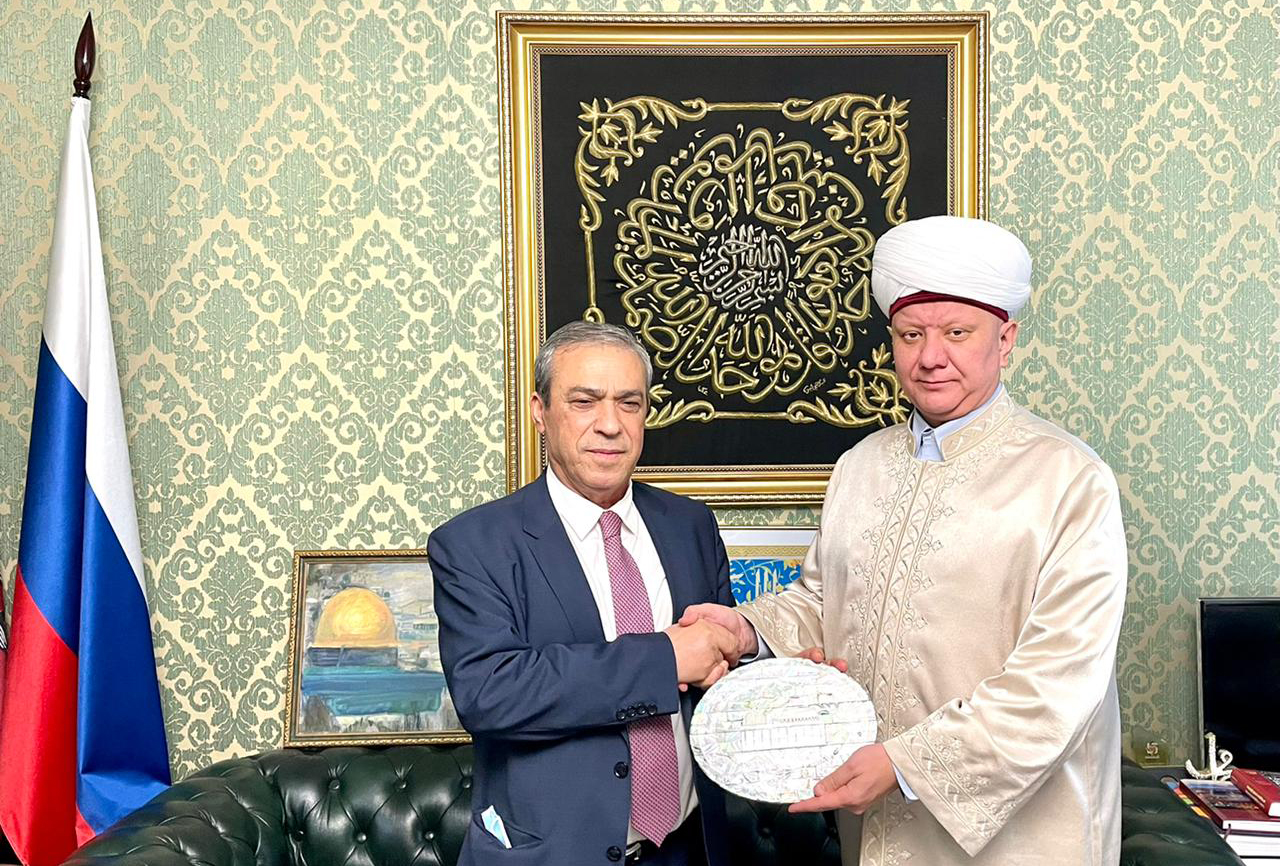 October 18, 2021
The head of the Spiritual Assebly of Muslims of Russia, Mufti Albir Hazrat Krganov, met with the Ambassador of the State of Palestine to the Russian Federation, Dr. Abdel Hafeez Nofal, on October, 18. The meeting was also attended by the Ambassador's advisor, Dr. Abdullah Issa.
The meeting took place in a warm and friendly atmosphere, where the two sides discussed the tensions between Palestine and Israel and the epidemiological situation in the Middle East and also exchanged views on the current worldwide problems.
Albir Hazrat informed the guests about preparations for the celebration of the 1100th anniversary of the adoption of Islam in the Volga Bulgaria and the convening of a World Conference on Interreligious and Intercultural Dialogue which is supposed to take place in 2022.
The two parties also discussed prospects for bilateral cooperation; in particular, the issue of assisting the Embassy of the State of Palestine to the Russian Federation in organizing an art exhibition entitled "Palestine through the eyes of Russian artists" scheduled to be held in November of this year.
At the end of the meeting, the Mufti introduced to the guests to the provisions of the document "Strategy for the Development of Islam and Islamic Organizations in Russia Until 2035" and told them about the work carried out by the regional structures of the SAMR.