Representatives of the SAMR visit the gala night of the Embassy of Bahrain. 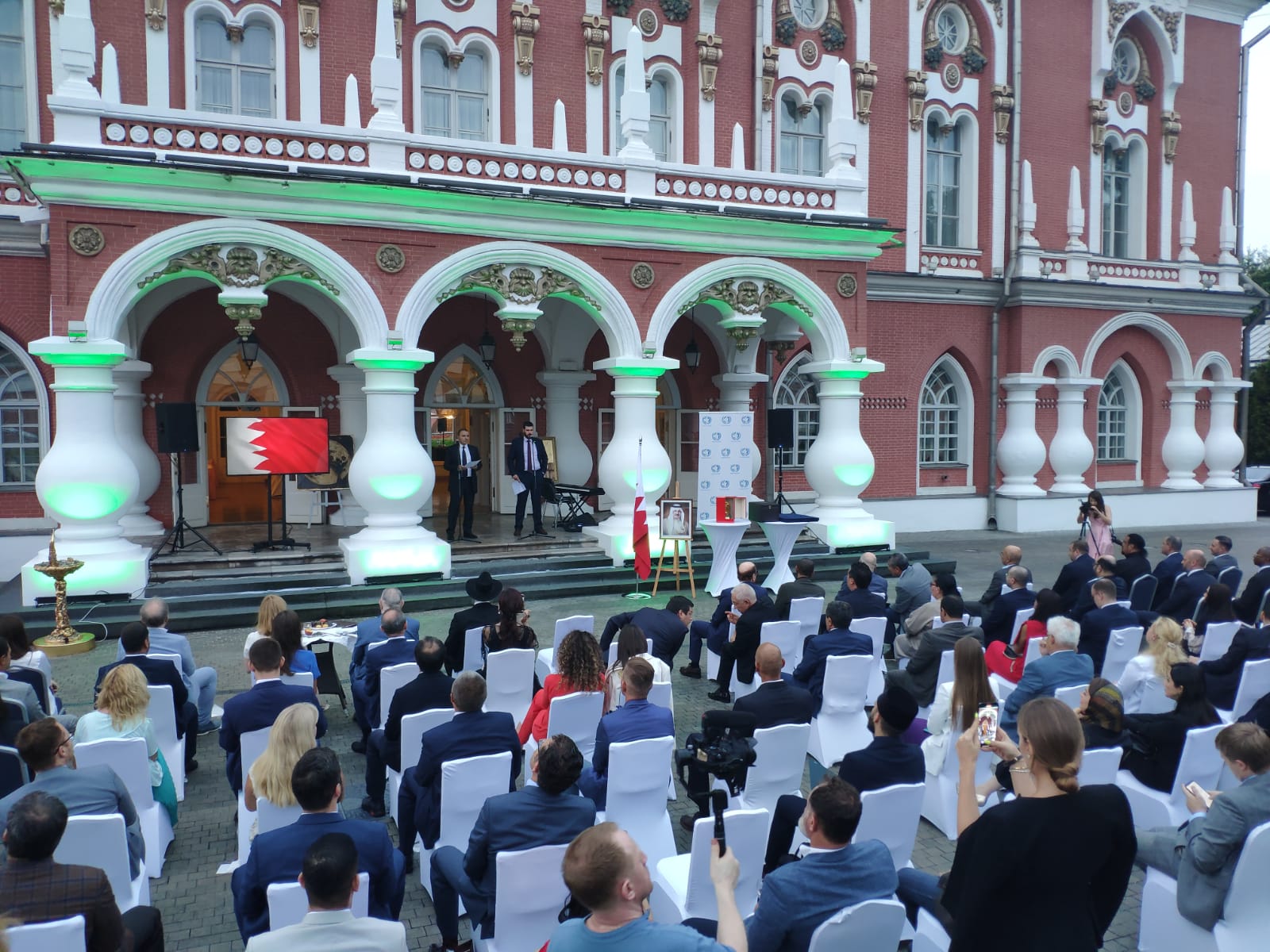 Representatives of the Spiritual Assembly of Muslims of Russia – Imam-Muhtasib Daoud Hazrat Mukhutdinov and Head of the Department of International Relations Vladislav Neledva visited the gala night dedicated to His Majesty the King of the Kingdom of Bahrain, Dr. Hamad bin Isa Al Khalifa, on the occasion of his awarding with an honorary doctorate degree by MGIMO University for his great contribution to strengthening interfaith and intercultural dialogue and friendship between nations, cultures and spreading the principles of peace, stability and peaceful coexistence, as well as maintaining stability in the Middle East region and the world in general.

The event was organized by the Embassy of the Kingdom of Bahrain to the Russian Federation and the “United Religions” organization.

It was attended by famous religious and public figures of Russia, diplomats and representatives of trade and economic missions, as well as cinema and music figures, including a stunning American actor Steven Seagal.

The gala night was held in a warm and friendly atmosphere. The guests highly appreciated the activities of His Majesty the King in promoting the ideas of peaceful coexistence of states, nations, religions and cultures, as well his attempts in preventing conflicts. The speakers emphasized that achieving peace and stability in the current conditions is only possible by the joint efforts of representatives of all religions, nations, governments, international and public institutions. According to them, the only way to address the modern challenges faced by the international community is strengthening cultural, civilizational and interfaith dialogue.