Preparations for a World Conference on Interfaith and Intercultural Dialogue 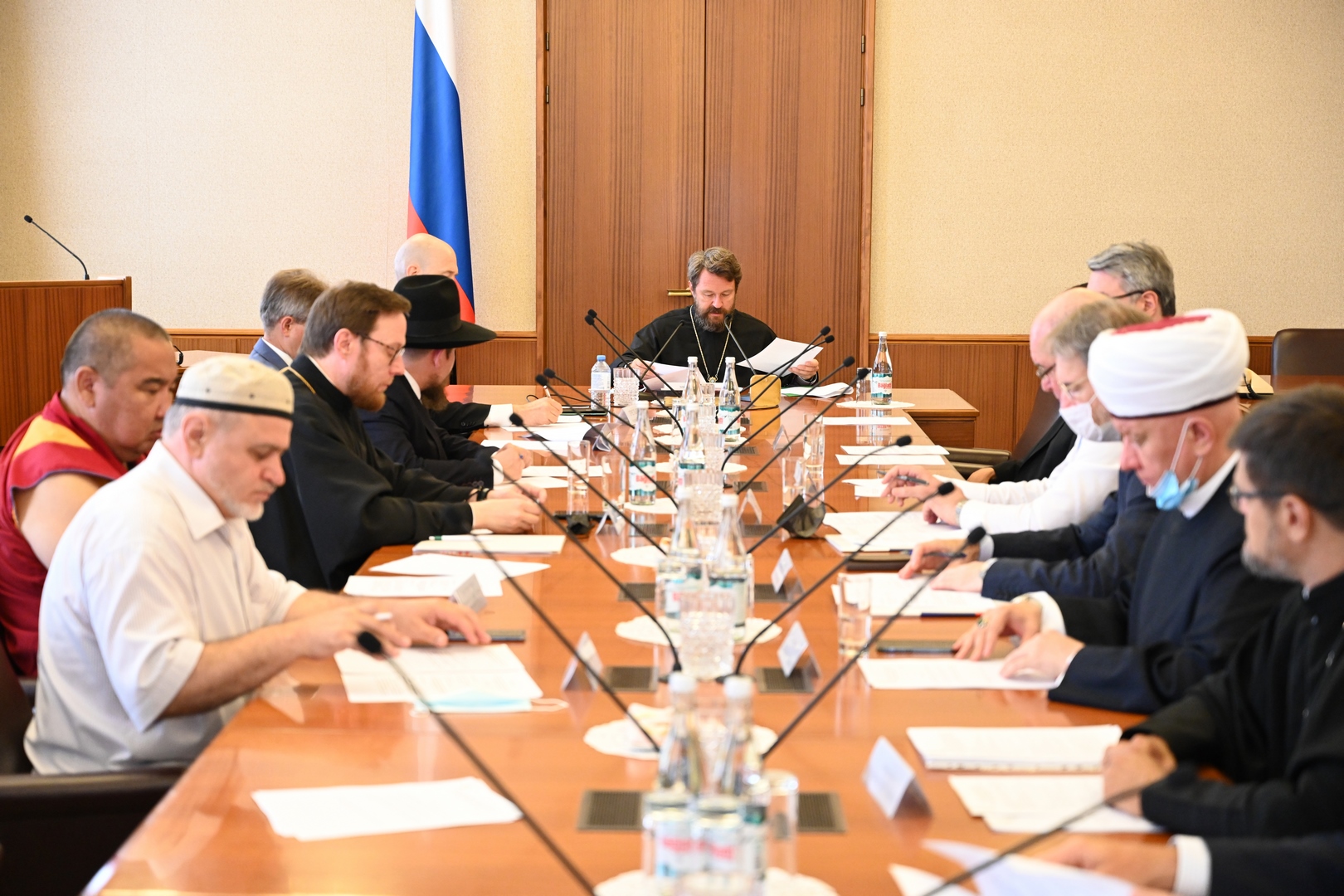 Mufti of Moscow, Chairman of the Spiritual Assembly of Muslims of Russia Albir Hazrat Krganov took part in a meeting of the Commission on International Cooperation of the Council for Interaction with Religious Associations under the President of the Russian Federation.

The meeting was mainly focused on the discussion of preparations for a World Conference on Interfaith and Intercultural Dialogue which is supposed to be held on May 16-18, 2022 in Saint Petersburg.

The head of the Department of External Church Relations of the Moscow Patriarchate, Metropolitan Hilarion, said that it is very important now to set up an effective mechanism for sending invitations to Russian and foreign guests and speakers who will participate in the conference next year and also fill upcoming events in the field of interfaith dialogue with the agenda of this particular conference.

In his turn, Albir Hazrat suggested that the Permanent Representative of the Russian Federation to the Organization of Islamic Cooperation, Ramazan Abdulatipov, and his American colleagues in the “Dartmouth Dialogue” be included in the organizing committee of this large-scale event.

Also, during the meeting, there was a suggestion to hold an International Youth Forum in Russia next year with the participation of young people from all over the world. This forum is expected to be a good platform for young people from Russia and other countries to exchange experiences in the social and humanitarian fields.

The meeting also paid special attention to the Syrian problem. It was stated that this October the members of the Commission are going to visit Damascus and Tartus in Syria with two humanitarian actions.