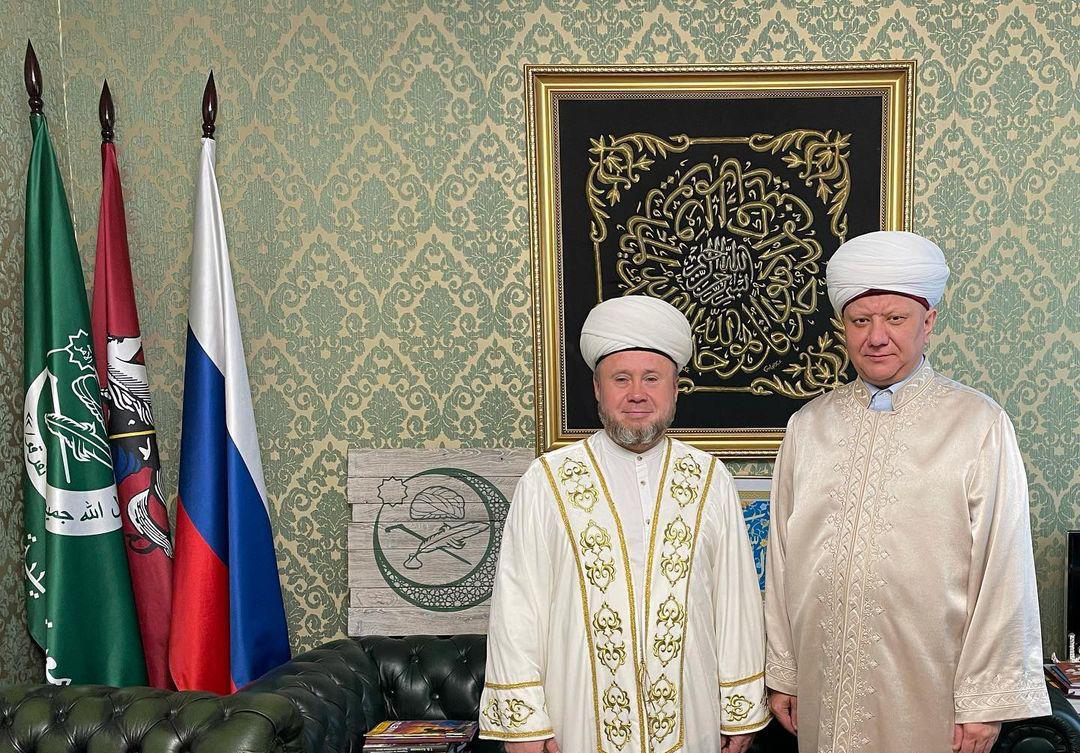 During the conversation, both parties discussed issues of strengthening cooperation in the field of youth education and preservation of national traditions, touched upon serious problems that the whole Muslim community faces on the international arena nowadays. They also spoke about possible directions and prospects for joint cooperation between the two organizations in the humanitarian, spiritual and educational spheres.

The parties were unanimous in their opinion on the need for a tactful and careful approach to be implemented when highlighting religious and national issues in the public and media space.

At the end of the meeting Mufti Albir Hazrat acquainted the guest with the activities of the SAMR and its regional structures, spoke about new projects being implemented, such as the Center for Legal Protection and Cultural Adaptation of Migrants “Rosmigrant”.