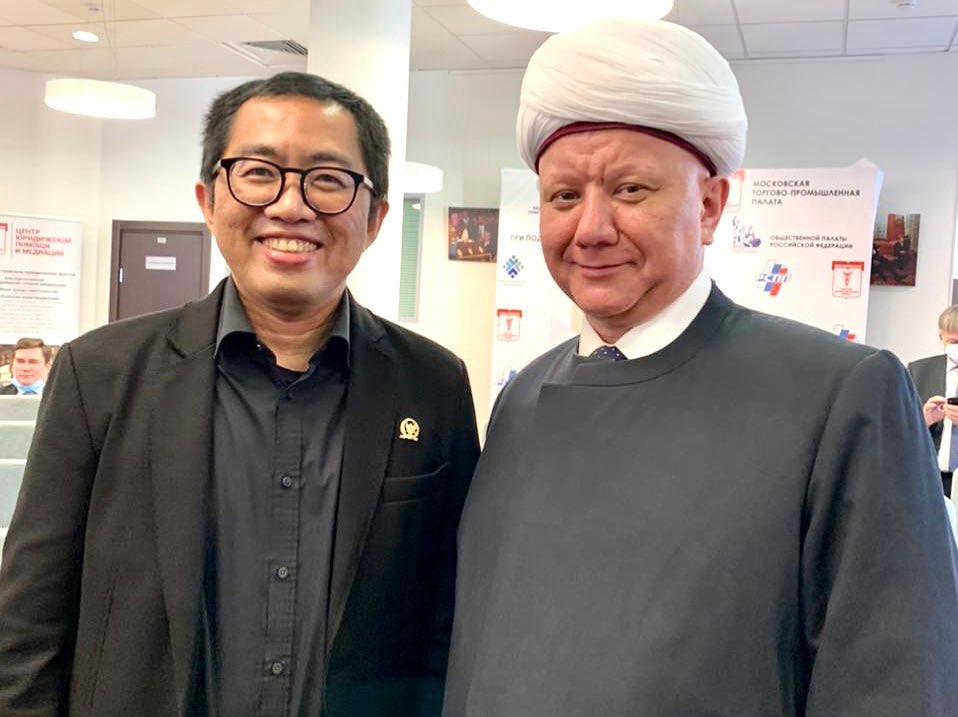 In the framework of the round table meeting held at the Russian Chamber of Commerce and Industry in Moscow on March 24, Mufti Albir Hazrat Karganov, head of the Spiritual Assembly of Muslims of Russia met with the head of the Indonesian parliamentary delegation Mr. Faisal Riza, where two parties discussed issues of enhancing bilateral fruitful cooperation between Muslims of Russian and Indonesia.

Previously in September 2019, the Russian-Indonesian Interfaith Dialogue took place in Moscow. The event was organized in conjunction with the SAMR and was mainly focused on very important issues such as tolerance and interfaith harmony, confronting extremism, the principles of soft power in the context of combating terrorism and extremism, the role of mass media in the era of globalization and etc.

The Russian delegation, which included Albir Hazrat Krganov, was headed by Ambassador-at-Large of the Russian Ministry of Foreign Affairs Konstantin Shuvalov, from the Indonesian side - Head of the Directorate General of Information and Public Diplomacy of the Ministry of Foreign Affairs of the Republic of Indonesia Chechep Heravan and Ambassador Extraordinary and Plenipotentiary of the Republic of Indonesia to the Russian Federation Mohammad Wahid Supriyadi. At the end of the event, both parties agreed to continue their cooperation in Indonesia, but the Covid-19 pandemic prevented the realization of all these plans.

Mr. Faisol Riza is an MP from the National Awakening Party in the Parliament of the Republic of Indonesia, an Islamic orientation party affiliated with the major Islamic organization “Nahdatul Ulama”, one of the largest independent Islamic organizations in the world. According to some estimates, it has over 30 million members all around the world. The organization is engaged in charitable activities, helping the government to implement social programs such as providing assistance to schools, hospitals, rural communities and war veterans.