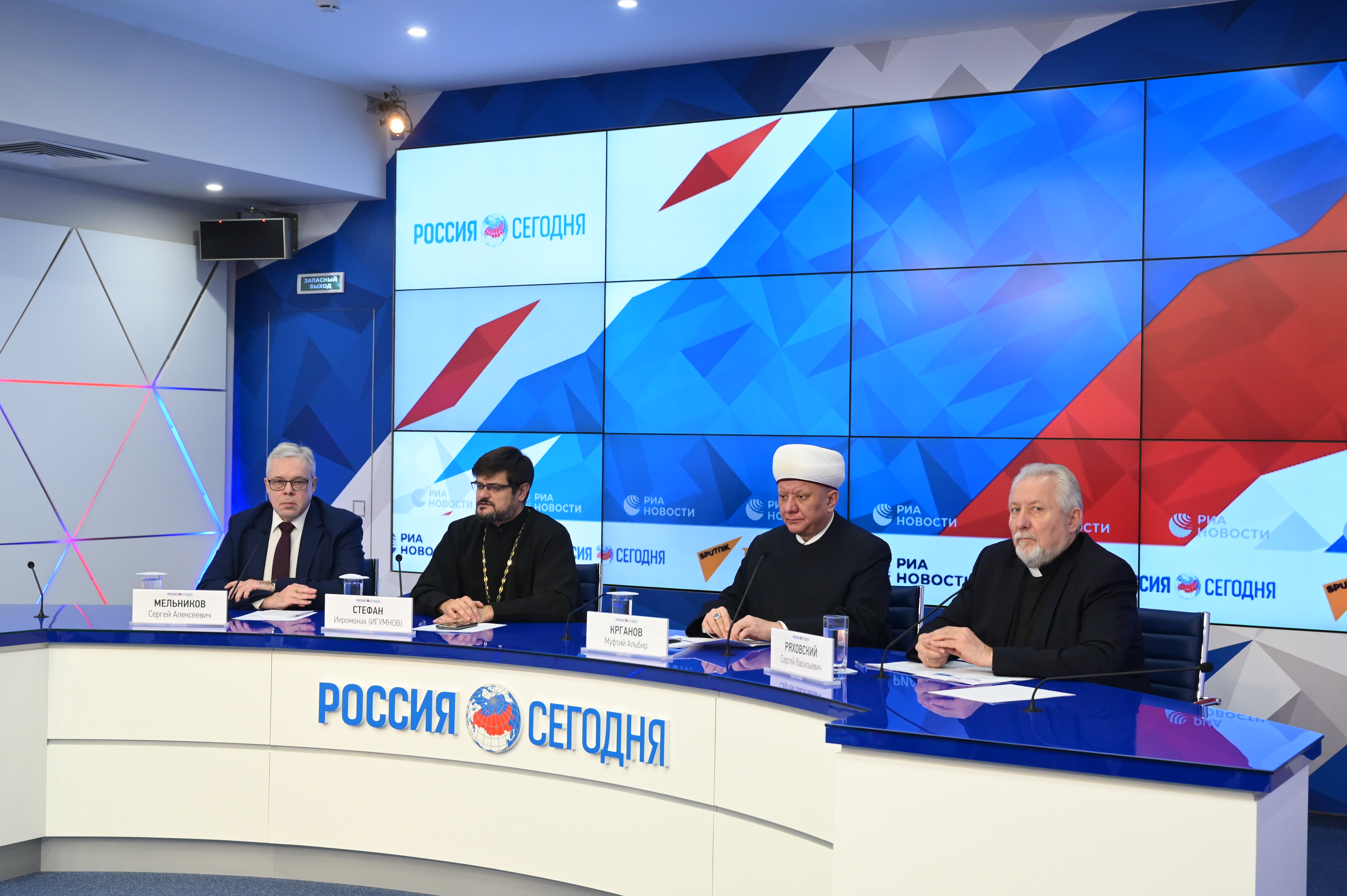 December 22nd The head of the Spiritual Assembly of Muslims of Russia Mufti Albir Hazrat Krganov participated in the round table conference devoted to discussing the rights of Christians in Africa held on December 22nd in Moscow.

Speakers pointed out that Christians in many African countries have been recently subjected to racism and persecution because of their religion and in some areas there has been a real genocide against the Christian population. This is what exactly causes great concern among the international religious community.

The participants condemned the activities of extremist organizations and groups such as Boko Haram, Al-Shabaab and Fulani tribe, noting that all they commit their crimes based on religious and ethnic intolerance, ignoring and violating human rights and basic freedoms such as the right to life and freedom of religion.

The head of the Spiritual Assembly of Muslims of Russia Mufti Albir Hazrart Krganov stated that all the blatant crimes against the Christian population that we can see today in many African states are related to attempts to rewrite history and erase from people's memory the friendship between Muslims and other religions that has been existing for centuries. In this regard he mentioned the Migration to Abyssinia, where Negus of Abyssinia (Ethiopia), which was a Christian country, welcomed Muslims and provided them with safe living conditions. This fact demonstrates that Muslims and Christians established their relations on the basis of mutual respect and trust.

The Mufti also added that it is necessary to enhance inter-religious cultural and civilizational dialogue in order to overcome religious ignorance as well as make joint efforts to fight terrorism.

During the discussion, some speakers stressed the need to take effective measures to establish mechanisms to protect Christians in Africa. For example, the head of the Russian Association for the Defense of Religious Freedom Sergey Melnikov proposed the United Nations to ratify a special convention aimed at protecting the rights of religious believers all around the world.

In conclusion, the participants expressed their hope for a further cooperation on this issue.