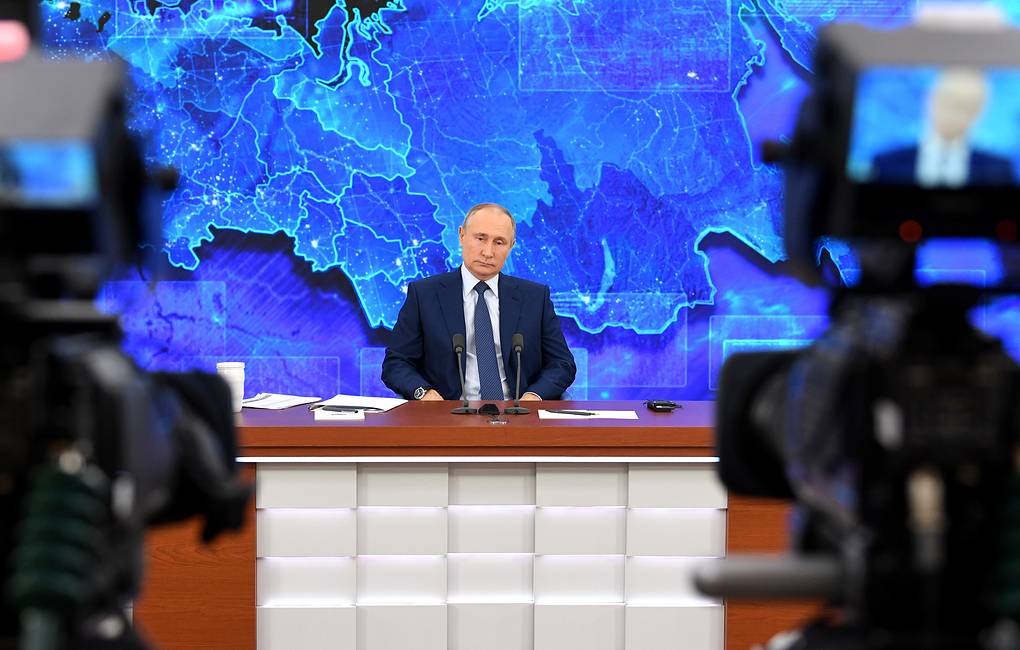 Russian President Vladimir Putin commented on the publishing of the cartoons of the Prophet Muhammad which caused the outbreak of the crisis between France and the Arab and Islamic world, stating that it is not permitted to insult the feelings of believers.

"Where another person's freedom begins, your freedom ends. This is a postulate, a common one, and those who act thoughtlessly, insulting the rights of believers, their feelings, they should always remember that this will have some kind of backlash," the head of state said on Thursday at his annual big press conference. "On the other hand, this backlash should not be aggressive", noticed Vladimir Putin.

The president reminded that there was no hint of aggression in all world religions. He emphasized that the reaction to the trampling of someone's rights, including the feelings of believers, should not be aimed at the deprivation of human life, because this, in principle, contradicts the very spirit of any world religion. "God gave life and only God can take it away. That is what no one should forget", Putin added.

The crisis mentioned above started after the Frenchmagazine "Charlie Hebdo" published a series of cartoons of the Prophet Muhammad that was considered to be an attempt to insult the feelings of Muslims all over the world, especially after the France government justified this action as protecting freedom of expression and allowed to publish these cartoons on a large scale. Afterwards a young Muslim killed a French teacher who demonstrated them during the lesson on free speech given in one school in Paris suburb.

In this context the Islamic world started a large campaign aimed at the boycott of French commodities and products, in order to express its anger with the policy of Paris, although the French government refused to apologize on the issue of publishing the offensive cartoons.