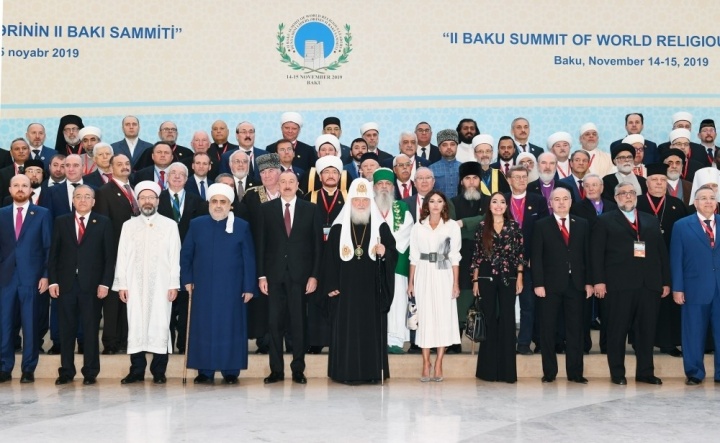 On November 14-15, the II Baku Summit of Religious Leaders of the World is being held in the capital of Azerbaijan, Baku, in which influential religious and public figures from more than 70 countries from all five continents take part. Russia is represented by a high delegation of religious figures, representatives of the Russian presidential administration, senators and the media. The main issues discussed are counteraction to the manifestations of xenophobia and radicalism, the development of inter-religious dialogue, the exchange of experience in the joint activities of religious leaders with state structures. The Summit was opened by the President of Azerbaijan Ilham Aliyev, with a welcoming speech by Sheikh ul Islam Allahshukur Pashazade and Patriarch of Moscow and All Russia Kirill.

The main goal of the Summit is to strengthen traditional values between different cultures and religions, educate young people, and work together to counter terrorism.